Taira continues to save the Lions, but for how long? 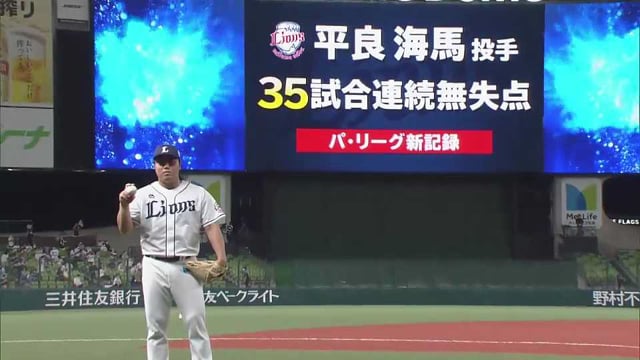 The Saitama Seibu Lions previously lost closer Tatsushi Masuda due to a poor performance. Enter Kaima Taira, who was previously the setup man to take the 9th inning.

At the time of this writing, he has 38 consecutive games without allowing an earned run, tying the NPB record set by Kyuji Fujikawa.

With Taira having a 0.00 ERA up to this point, he has carried the Lions into mediocrity instead of being a no-doubt B-class team. While the Lions are currently in B-class, they're also alive and in the hunt mostly playing .500 ball.

It is nearly a similar vibe to last season, where the bullpen was consistent, yet the starters weren't great and the offense was below average.

This time around, the starters have taken a step forward through Kona Takahashi being the team's ace, while Wataru Matsumoto and Tatsuya Imai have improved from last year.

However, the bullpen prior to the 9th inning is the issue with no consistency. Tetsu Miyagawa was dropped to ni-gun while Ken Togame, Reed Garrett, Shota Takekuma, Ryosuke Moriwaki and even a young Yutaro Watanabe have seen some high leverage situations in protecting a lead.

On offense, the Lions have had a surprise performance from Nien Ting Wu keeping his job on the infield while Junichiro Kishi took starts away from Yuji Kaneko. Hotaka Yamakawa came back from injury and Tomoya Mori looks like he's returned to form, though the power hitting on this team is not up to par.

For now, it's all about individual accomplishments from waiting for Takumi Kuriyama to reach 2,000 career hits to Taira carrying this Pacific League record in games without an earned run.

This team is rebuilding when it comes to position players, but the starters and Taira have both done their part to keep the team competitive. On paper, they would come short of A-class, but there is still another half of the season to go. We should be in for a big finish which could come down to the final week.

A congratulations go to Sosuke Genda, Takeya Nakamura, Hotaka Yamakawa, Tomoya Mori and Taira for being the fan votes into the All Star Series.

As a whole, it's kind of silly to overreact to reach votes and snubs, as it's really the fan's game. Everyone can pick who they want whether they're great or marginal players. Personally, only Taira and Mori are deserving, but Genda has shown his value too.

Just wanted to announce I'll be on vacation again from July 1-7 on another trip. Tweets and posts will be inactive again..

Posted by Christian Gin at 12:45 PM No comments: 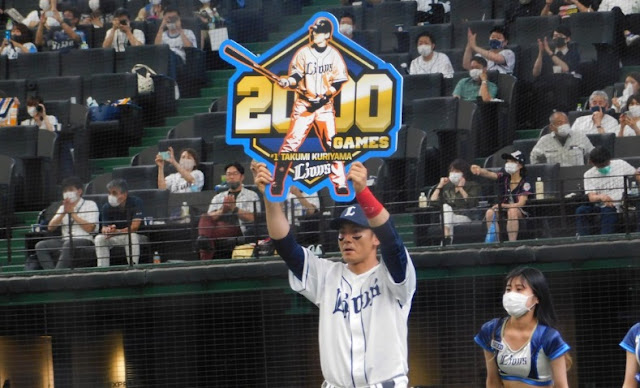 The Saitama Seibu Lions went a combined 4-1-1 against the Yokohama DeNA Baystars and Chunichi Dragons to end the home portion of interleague play. They sit in B-class behind the Orix Buffaloes, but aren't far behind as they're 1.5 games back.

Both teams traded runs after three innings, but the Lions erupted for six in the fourth. Cory Spangenberg capped it off with a two-run HR in a barrage of timely hits. Matsumoto was able to go 5.2 innings and earn his 5th win of the season.

Dermody was pulled in the fourth inning without recording an out after allowing four runs, including a two-run HR. A fifth earned run came in shortly after Ryosuke Moriwaki allowed a timely hit. He allowed a bases-clearing double immediately and it looked like this game was out of reach.

The lopsided score allowed Yutaro Watanabe to make his ichi-gun debut and he pitched three scoreless frames where the defense helped him out. In an unlikely comeback, "Aito" Takeda and Haruka Yamada had three-hit games. The game was tied in the 7th inning when Ernesto Mejia had an RBI and Nien Ting Wu added a timely hit to make it 8-8.

Both teams failed to score in the 8th and 9th innings for a stalemate.

The Lions scored early in this one where Junichiro Kishi had a three-hit game, including a HR. Sena Tsuge also had a timely hit and had a walk with the bases loaded. Utsumi lasted five innings allowing three runs for his first win of the season. Taira also closed the 9th inning and made history, tying a league record most consecutive scoreless games from the start of the season. Through 31 games, he had a 0.00 ERA.

Multiple errors from Hotaka Yamakawa and Haruka Yamada ended up costing the Lions this game. Takahashi only lasted three innings with three of those runs unearned. Yamakawa was able to get two runs back on a HR, but it wasn't enough as the Lions came up one run short.

Takeru Sasaki and Yoshinobu Mizukami both made their ichi-gun debuts as a result of this score with the former allowing one run in the 7th.  Ono minimized the damage through seven innings against the Lions.

The Lions batted around the order in the bottom of the first inning with six runs capped off by a bases-clearing triple from Cory Spangenberg.  Imai gave up hard contact and allowed two runs, but settled in to last seven innings in what was an easy win.

It was the first time Nien Ting Wu batted in the cleanup position while it was also Takumi Kuriyama's 2,000th career game.

The Lions jumped out to a 3-0 lead where Kishi had a leadoff HR. It looked like an easy win for Neal, who went six innings with one run allowed, however, the seventh inning said otherwise. Tetsu Miyagawa gave up a hit-by-pitch, single and double to tie the game at 3-3.

Chunichi left Fukutani in too long and the Lions had runners on base for the bottom of the 8th inning. Nien Ting Wu delivered a timely base hit and with Kishi running, he scored from second base easily. Taira closed it out again and made history by setting a record for 32 consecutive games without allowing an earned run from the beginning of the season. The previous record was at 31 by Dragons pitcher Shinji Tajima.

Instead of a normal Lions recap and being unplugged from NPB for nearly 3 weeks, I'll show the trip highlights. Though it is unfortunate Sosuke Genda got COVID. 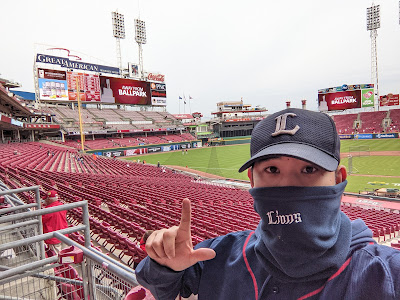 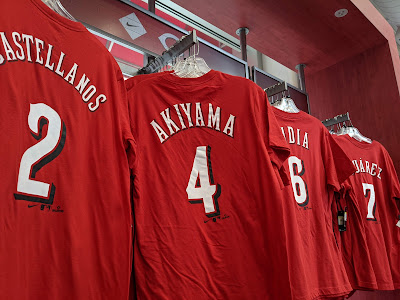 Unfortunately, Shogo Akiyama's experience was short lived, he only had a quick pinch hit for the pitcher's spot in a Reds blowout defeat. 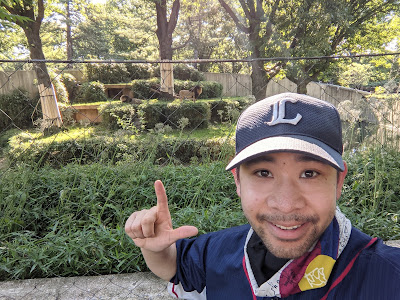 The zoo in Washington D.C. reopened just as I arrived into the East Coast. Was able to be one of the first to enter since November. It was rather nice to see the Lions wide awake. 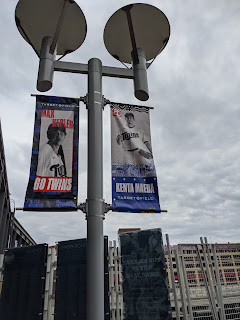 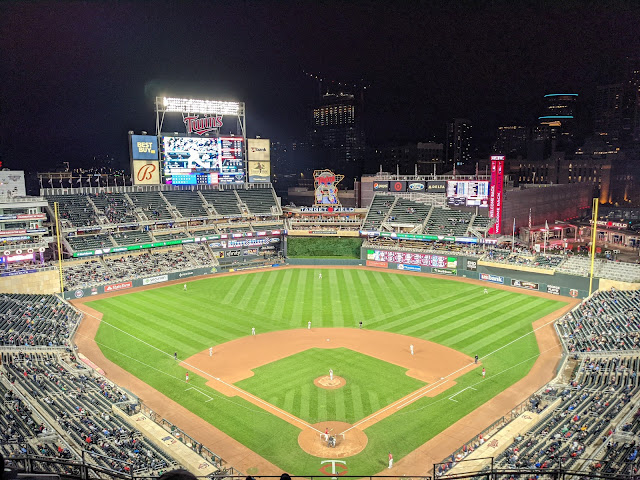 The Minnesota Twins ballpark was solid, but slightly overrated when walking around on the inside. Looks visually great on TV. 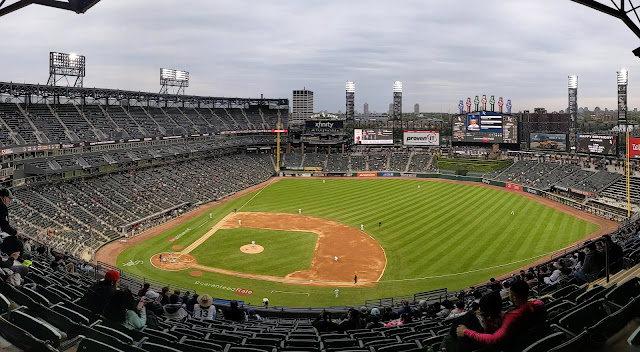 The Chicago White Sox park was very underrated, solid views and very knowledgeable fans. Tadahito Iguchi is not a forgotten name on the Southside, though the 2005 White Sox are an overlooked World Series champion. Diehards still remember Shingo Takatsu too.

Camden Yards (where Adam Jones spent majority of his career) was an elite park.  You can definitely see the modern features that other parks imitate.

Made sure to reach the Delaware coast at Rehoboth Beach. 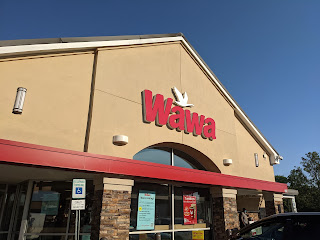 Wawa gas stations are definitely a quality convenience store, but only available on thee East coast. 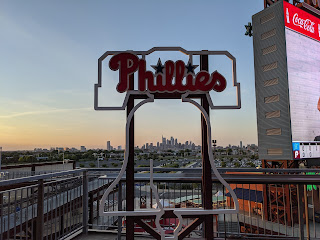 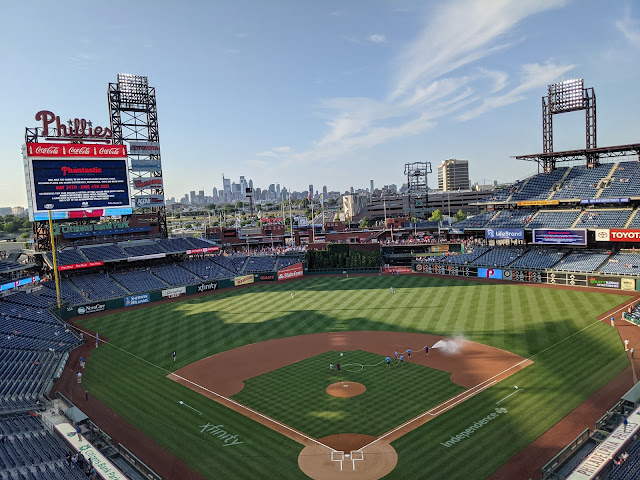 The Phillies park had a great selection of food. Love the skyline views from South Philly. 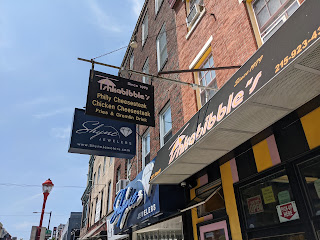 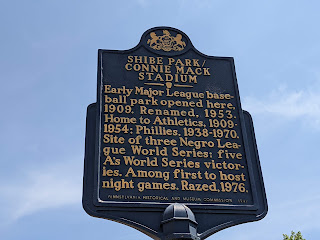 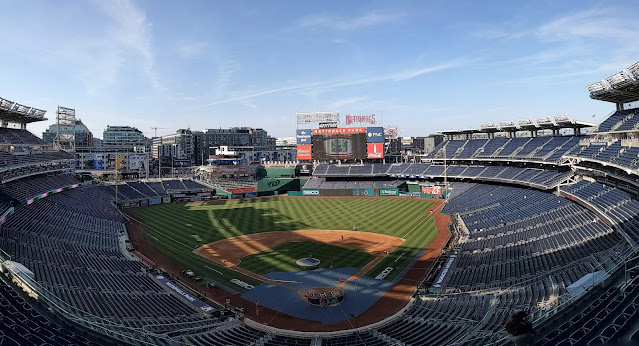 The Nationals ballpark has an odd setup with the parking lots seen in the outfield. The street behind it has nice beer and food options. If anything, riding thee DC Metro felt clean, the best among the stateside trains I've been on. 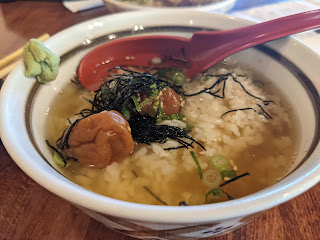 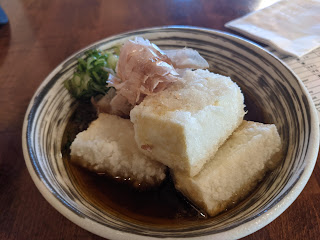 Among the non-sports things, Lexington, Kentucky (south of Cincinnati) has some of the most authentic Japanese food stateside. It was fun enjoying Ochazuke, Soba and agadashi tofu.
As for the map of travel, it now looks like this with all the new land in red.