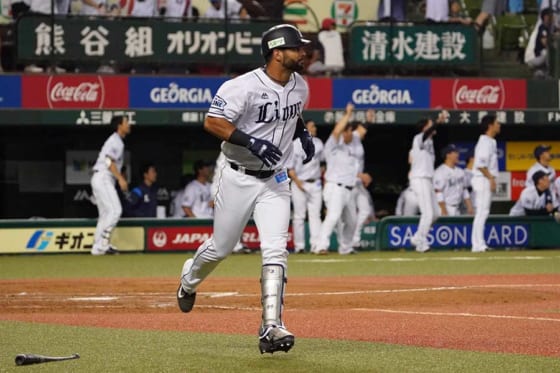 The Saitama Seibu Lions filed the process on Monday to release Ernesto Mejia and placed him on waivers at his request. He asked for this release to put in more commitment to his family. He released the following statement:

"It's a very difficult time all over the world and it was really hard for me, who came to Japan from far away, to have no family present. I wish our teammates the best of luck for the remainder of the 2021 season and hope they will be healthy, strong and able to win. Thanks to all Lions fans for your continued support since 2014. I hope you all understand my decision. I apologize for the need to prioritize my family. I'll continue to support  the Lions forever, even from abroad."

Mejia, who turns 36 in December, played for eight seasons with the Lions starting as a midseason pickup in 2014. The Lions were in need of a 1B after scrambling several players at the position, including a traditional OF in Hichori Morimoto.

Despite signing in May of 2014, he won the Pacific League home run king tying Takeya Nakamura with 34 HRs. After a subpar 2015, his 2016 had a great pace in home runs and he earned a three year contract. One of his highlights include winning the All Star game Home Run derby in Yokohama.

"He's been with the Lions since 2014 for eight years, so I'm very sorry to hear he's leaving. However, I think this is unavoidable because his family is the main reason. He had a good personality and was a player who respected Japanese baseball. I appreciate him very much."

Mejia's time dwindled in 2017 with the emergence of Hotaka Yamakawa. He was mostly a part-time player with seldom PH and DH appearances from 2017-2021. For the final regular season home game of 2019, he hit an unlikely sayonara HR off Yuki Matsui, where the Lions eventually won the pennant.

Originally, he began his baseball career with the Atlanta Braves organization as a teenager. He made it as high as AAA, as Freddie Freeman prevented him from any chance of being called up,

We wish Mejia and his family the best of luck moving forward.

Posted by Christian Gin at 8:43 PM No comments: 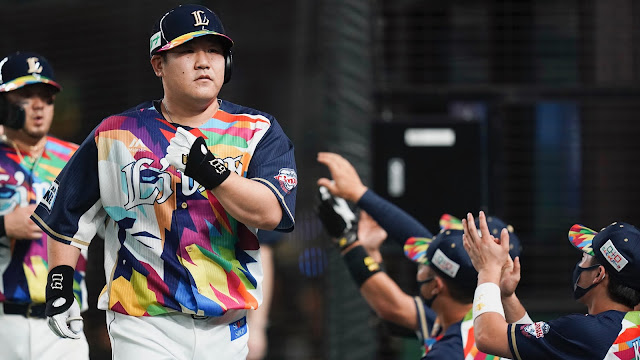 The Saitama Seibu Lions enter the Olympic break at five games under .500 and currently sit in fifth place of the Pacific League. Notably, Kaima Taira's streak of scoreless innings ended in Hokkaido during a tie game situation.

In the words of the late Don Meredith, Turn out the Lights, the Party's Over. I refuse to fall for false hope when they reached .500 and couldn't get over the hump.

At this point in time, it's all about marketing Takumi Kuriyama's journey to 2,000 career hits, which they've been doing nicely.

The lack of hitting, unreliable middle relief and back end rotation unfortunately has the Lions on the outside. Hatsuhiko Tsuji's future after 2021 remains uncertain.

There's no question Shohei Ohtani is getting the recognition he deserves, yet there is a problem in all of this. The Los Angeles Angels are a sub .500 team sitting in fourth place behind a rebuilding Seattle Mariners squad. While the article I wrote last offseason won't be true, Ohtani's team is still a mess and this has been ongoing before he arrived in Orange County.

Yes, Mike Trout is injured, but the Angels are not going anywhere until their pitching staff is fixed. They've been structured with short term fixes and few of them have panned out. The team is still on pace to waste Ohtani's career, as they've been doing with Trout. It wasn't long ago when the Mariners wasted majority of Ichiro's career for a decade until he was traded to the Yankees. They also ruined the prime of Felix Hernandez. Deep down, you have to wonder how frustrated Ohtani is with the team despite all the individual accomplishments from this year.

In regards to Stephen A. Smith's comments on Ohtani, I'd say to not have tunnel vision with this. This was likely a corporate decision by ESPN/Disney to create controversy and take away attention to some of their other issues from within. It has been a disaster PR situation for ESPN for awhile, yet their goal is sensationalism like most journalists today in becoming the story instead of telling it.

SAS is one of their prime talents, yet they've stretched him too thin beyond his knowledge as he has a better specialty with basketball. Most "hot takes" in the ESPN universe just don't have authenticity when they could be on a script. Blame Disney/ESPN for that issue. This NSFW language video sums them up in a nutshell. Sure miss complaining about East coast bias. Most watch them for live games. 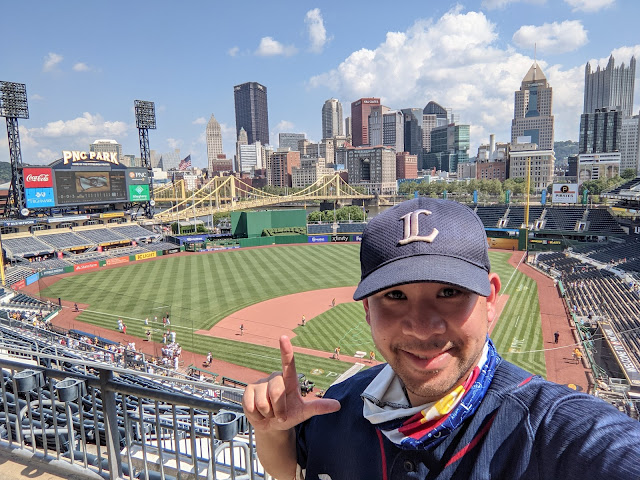 Just wanted to say the baseball from Detroit, Cleveland and Pittsburgh were all fun. Great parks to visit. 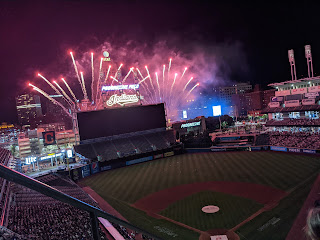 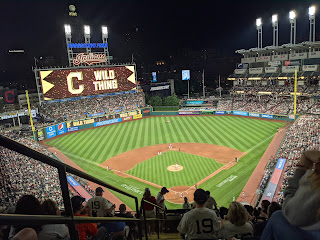 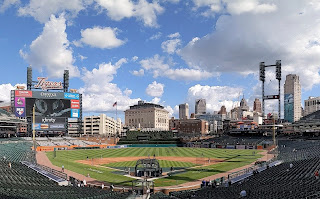 Posted by Christian Gin at 3:39 PM No comments: