This is an interesting project to look at when it comes to the Saitama Seibu Lions, but it's finally come to a close. It's time to address the findings and trends in the data going forward. Before I start, I must say that I'm trying to find the best ways to judge relievers and their performance without contact rates like LD% (Line Drive percentage) and BABIP (Batting average on balls in play) at your disposal. One baseball mind who I've been really interested in is Joe Sheehan, formerly of Baseball Prospectus and now a contributor for Sports Illustrated.

For all who are reading who would like a fresh opinion to MLB, please check out the Joe Sheehan Newsletter (trust me, it's worth the money). What Joe Sheehan has used to judge relievers are things like K/UIBB (strikeout-to-unintentional walk ratio) which is a good way at measuring control and a barebones measure of missing bats. Strikeout clips are the same as saying strikeouts per nine innings. So in this post, I'll be trying to incorporate these numbers with my FIP and ERA measures.

One thing to keep in mind is that the Pacific League's average K/UIBB was 2.15.

For those who need an FIP explanation: Click here.

Tanaka was thrown into a lot of mop up duty at the end of the year and fared decently in his role. The Lions needed someone to eat innings with a lot of their guys reaching career highs in innings pitched and Tanaka did what he could. The 28 year old had one particular lowlight where he gave up an extra innings home run to Yuki Yanagita, who's now the Pacific League MVP. Unfortunately for Tanaka, he was given his outright release by the Lions after the 2015 season.

Tanaka finished out with a K/UIBB of 1.86 (13/7) in only 26.2 IP. Which is a far cry from where he was in previous seasons where he had more walks than strikeouts in 2014. I wish him well in his future endeavors and it's good to see that he had a positive wave in his career.

Yikes. Ugly. Miyata was another leverage guy and unfortunately these numbers really are as bad as they look. He had a K/UIBB of 1.00 as well, with a decent strikeout clip of 7.1, but his strikeouts per nine innings was matched by his walk clip and that just killed him. There's a reason why the Lions drafted so many pitchers and Miyata is one of them.

He only threw 19 innings and quite frankly, with how he performed, he just couldn't be thrown out there anymore. The Lions at the very least will have new, fresh arms at their disposal thanks to the players they drafted, so we'll see what happens with Miyata's future.

Some of these pitchers have just some of the most odd statistics to examine, and I'm just gonna have to say what I see from these statistics. In the 20.2 IP thrown by Okamoto, he didn't really walk (0.9 BB/9) anyone or strikeout (3.5 K/9) anyone, just about all the outs that were recorded were from balls put in play.

That just doesn't happen anymore and maybe at the age of 34, it's time for Okamoto to hang reinvent himself or think about hanging it up. Because before this season, he was posting strikeout clips of at least 6.0 or higher. For all I know, Okamoto was injured this season and that would explain everything we need to know as he only appeared in the first half. 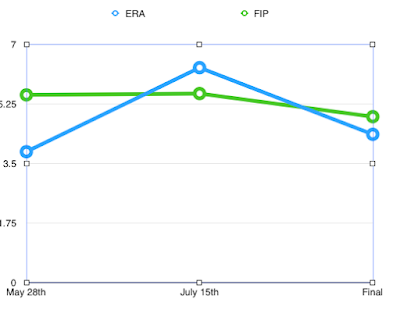 Yosuke Okamoto did just about everything for the Lions in 2015: he had a couple soft starts, he finished a few mop up games and by the end of the year, Okamoto even earned some meaningful innings. This is why we have FIP, as ERA fluctuates around the peaks and valleys of luck, FIP stays relatively consistent. Okamoto is not a great pitcher by any means as he's no better than league average.

However, he is one of the few guys with a large enough sample size (68.1) and finished with an average K/UIBB of 2.15. That's right at the Pacific League's league average. Which is certainly good enough for the Lions, since they were dead last as a team when it came to the K/UIBB ratio.

Okamoto had such a rough start to the year that I'm willing to say that he gets a little bit of a pass for the way he fought down the stretch. He spent a few weeks in ni-gun before being called up in the second half and I think you'll see more of him in the bullpen next year, depending on how he looks. At the very least, he's certainly a useful guy who can eat up innings. 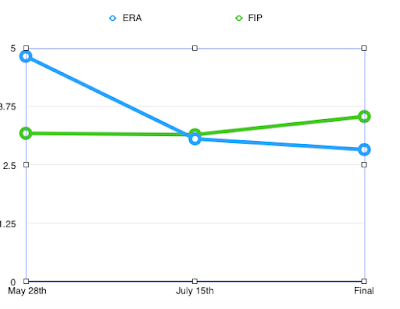 Designated the left-handed specialist of the Lions bullpen, Shota Takekuma had a very good season for the most part in 2015. The 25-year old saw a career high in innings with 57.1 IP and he also posted good numbers in the ERA and FIP categories. He outperformed his FIP by nearly a full point, showing that he was a bit lucky towards the end of the year especially, as it appears he started to wear down.

FIP likes guys who post numbers similar to Takekuma because he first and foremost keeps the ball in the ballpark. His awful walk rate cost him from having better numbers and that will have to improve as we move into 2016. His K/UIBB ended up at 1.00 which worries me that he won't be as lucky in 2016. 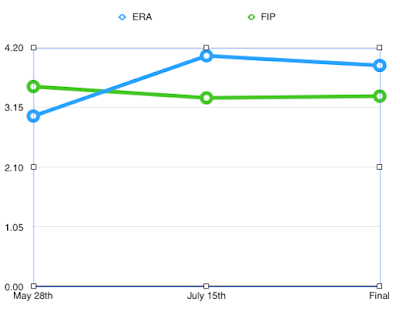 This Lions foreign signing had his struggles with command in 2015, which has been par for the course during his entire career. He posted a 1.00 K/UIBB, striking out the same number of guys he walked. He was mainly used as a 6th and 7th inning guy with Takekuma, and like him, Vasquez kept the ball in the ballpark by not giving up a single home run this year. This is the main reason why his FIP was so solid and also why the FIP shines on him brighter than his ERA.

The Lions decided to bring back Vasquez for 2016, and with his velocity, it's not surprising, how they will use him going forward will be something to watch and I will be watching closely to see if the Lions can finally figure out his control issues. Vasquez was the only foreign signing from North America to be retained for next year as the Lions parted ways with Miguel Mejia, Wade LeBlanc and Anthony Seratelli.

Here's the most interesting statistical reliever in the Lions pen. Iwao is a guy with an out of whack ERA in 29 IP, but a guy with a tremendous strikeout clip that's been proven throughout his entire career.

It's clear that Iwao has some tremendous talent and potential, but if he can't find the control he had in 2014, he won't be of much use. 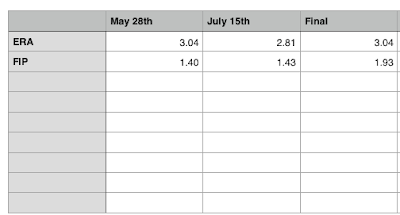 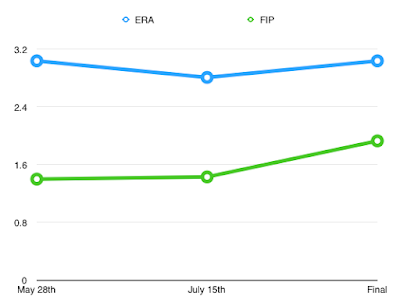 Among Lions pitchers who had didn't start a game in 2015, Tatsushi Masuda led the team in innings with 74.0. This was a career high for Masuda who's previous record was 52.2 IP in 2013. Masuda continued the same exact strikeout rate as his seasons in 2013 and 2014, posting a 7.5 K/9 in 2015 to stay as consistent as can be. His rate was well above 9 for much of the year, but it looks like this increased workload limited his effectiveness.

What was also consistent for Masuda was his control, as he posted a walk rate of 1.8. This allowed him to post an impressive K/UIBB of 4.13 to almost double the league average in that category. He also did a tremendous job of keeping the ball in the ballpark, as he only gave up one home run in 2015.

All in all, Masuda was the Lions best relief pitcher this season and this didn't go unnoticed as Norio Tanabe probably overworked him this season. He even closed a handful of games at the end of the year after Tanabe demoted Makita and Tomoni Takahashi. That could be problematic going forward, but as of now, he should be well-utilized in 2016 and is a key figure of the Lions 2016 squad. 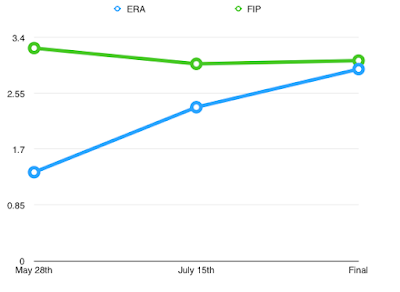 The Lions left-handed closer saw a tremendous start to the season that wasn't as good as his super-human season of 2014, but still impressive. With that being said, it was eventually going to even out as the season went on. Especially with his not so impressive walk rate of 3.8, Takahashi's strikeouts did stay up as the season went on and I think that came because he had previously pitched over 60 innings in 2014, so the workload was no stranger to him. '

Takahashi had one of the worst stretches a relief pitcher could have during that awful July losing streak the Lions had. He lost his closer role and finished the season injured after a foot accident in late September. I still think he's a solid option for the Lions, but I'm not sure whether he should be the closer or not. I think Masuda should be the guy you use the most as a reliever, whether that's as a closer or whatever role works, but Takahashi's repertoire of being a solid lefty makes him a strong option for Tanabe in 2016.

The Lions bullpen was tough to watch in 2015 during many stretches of the season. The limited amount of strong options forced Tanabe to overwork some guys that saw career highs in work rate. Seibu's front office addressed this issue in the NPB Draft this year, so we'll see where this unit heads towards in 2016.

There could be a potential shakeup, especially in middle relief. One great thing about this unit was that it wasn't one to blow it all up by giving up a bomb. If anything they'd walk or give up hits that would allow Tanabe to make a move to counteract what was happening on the field.