Adopting a Team: Why I Chose The Lions 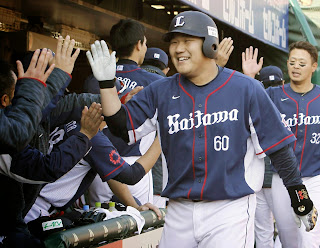 As a baseball fan, it is my belief that if you truly love baseball, you can't just watch one team. It's just not enough, this game is so stimulating and interesting that just one team's amount of material isn't gonna cut it.

Ever since I first saw the movie, "Mr. Baseball" featuring my mom's favorite actor, Tom Selleck, I always had some curiosity when it came to Japanese baseball culture and NPB. This curiosity expanded as a young boy watching on television the MLB debut of Ichiro Suzuki against the A's on Opening Day 2001. As well as watching the Japanese teams play in the Little League World Series. Such a unique way of playing, so fundamentally sound, it expanded my creativity to look at this great game in a different light. 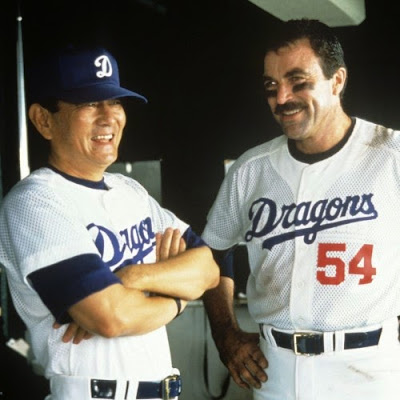 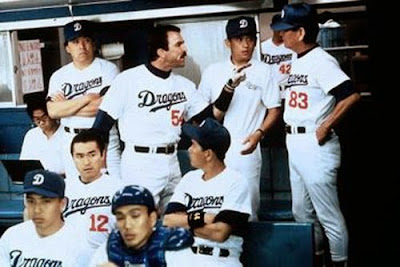 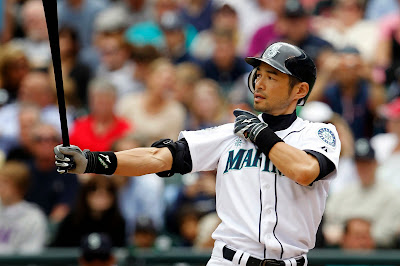 Then 2013 came around, and the A's were interested in a Japanese shortstop named Hiroyuki Nakajima. I then started watching his highlight tapes that were spread throughout the internet, I don't know what it was that I loved about watching those tapes. Was it the catchy J-Pop? The surprisingly, awesome bat flips? Or even the lively Ōendans (cheering sections) who provided tremendously choreographed player songs? Or was it the crazy announcers? Whatever it was, my interest took hold at that time, but I didn't follow through with it yet, since I didn't think I'd find people who had the same curiosity.

Nakajima didn't even play a single game for the A's but his old team the Seibu Lions seemed to be the team that was calling towards me to adopt them.

I loved the history, great players, great teams, and a tremendous pallet of uniform lineage. And talking with a couple fellow A's fans: Ralliney Marpaung, Christian Gin, and Satoshi Nozaka, I felt it was time to not only officially adopt an NPB team but also begin to regularly follow them. I realized it would be difficult with the time change, but with my insomniac tendencies, I knew it would be the perfect escape to fit my baseball needs.

There was one article in particular that went through a whole process of adopting an NPB team. Unfortunately, I don't have the luxury of being able to check out the atmosphere at the various stadiums. So I had to go by a comparison of what my teams are like. My main team the Oakland A's are a team with great history, crazy fans, and uniforms that are timeless. They're also known for being one of the more modest teams in MLB with the book/movie "Moneyball" making it famous.

My NL team (second team) is the LA Dodgers, before the A's moved from Kansas City to Oakland in 1968, my grandfather who was from Warren, Ohio, was a longtime Dodgers fan during the Branch Rickey days in Brooklyn. When my mom was born, he passed this fandom along to her and they grew up cheering on Sandy Koufax and Don Drysdale. With the Dodgers, their uniforms provided a clean, classic look that appealed to me in a much different way, as opposed to the A's. That Dodger blue always appealed to me, and to go along with the great history of the "Dodger Way" of developing transcendent talent provided a great sidearm to my fandom with the A's. With the Dodgers, the larger than life players are something that make Dodgers baseball a joy, whether they're winning or losing.

I decided that the team that I'd decide to adopt would need to have great history, great personalities, while at the same time not being one of the big giants in Japanese Baseball. My ideal NPB team would be a hybrid of the A's and Dodgers, and with the league only being 12 teams deep, it was easy to eliminate several teams from contention.

The Giants were immediately eliminated before the criteria was even laced together. The Giants have the same orange and black colors as their American cousins and they are known as the "Yankees" of NPB. Not my cup of tea, by any means. The Hanshin Tigers were eliminated because of their similarities with the Boston Red Sox, another team I don't care for.

Many other teams were eliminated with the great history and great personalities requirements. I thought about adopting the Chunchi Dragons with their colors being very similar to the Dodgers and with this team being the one Tom Selleck was on in Mr. Baseball. I decided against it, because of their aging roster.

And in the end, the Seibu Lions were the team that always stood standing tall. The Lions, like the A's and Dodgers once had a golden age where they dominated Japanese baseball in the 1980s and 90s. Their classic uniforms that are similar to that of the Detroit Tigers appealed to me as well, and then I found out about their players.

Their players include a great mix of stereotypical, no-nonsense, fundamentally sound Japanese players to go along with power hitters with tremendous flair. The two players that intrigued me the most were Takeya "Okawari-kun" Nakamura and Ernesto Mejia. 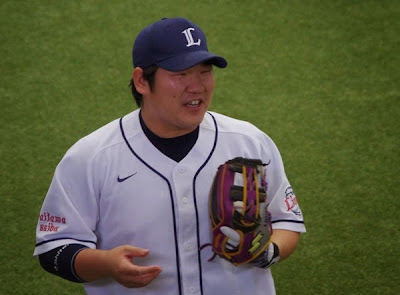 As you can see, Okawari-kun is a big boy. He's nicknamed Okawari-kun for his chubby appearance. "Okawari" is the Japanese equivalent to asking for seconds at the buffet while "kun" is the respectful way of addressing a young boy. Essentially, Okawari-kun means "big boy." Many of you know that I always enjoyed Bartolo Colon when he was with the Oakland A's, I found myself having a similar affinity toward Nakamura. Especially because he hits lots of home runs and is able to make fun of himself. I find him very similar to Pablo Sandoval, especially since he plays third, but he has more power than Pablo and he's much more of a joy than Sandoval. 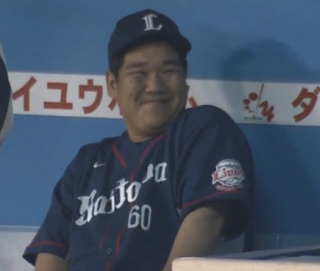 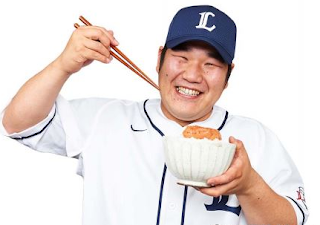 Then there's Ernesto Mejia, the big Venezuelan slugger who was tied with Okawari-kun for the NPB home run title last year, has a flash factor that I just love. In the young season of 2015, he finishes every swing with a golf swing follow through which is always entertaining to see. Mejia provides a Latin power-hitter presence that gives you chills every time he steps to the plate. And if any of you know about #TeamWes, this is all too important. He used to be in the Braves organization but he never was able to succeed in the United States, and now he's thriving with the Lions. I find him similar to Jose Abreu, but smaller. 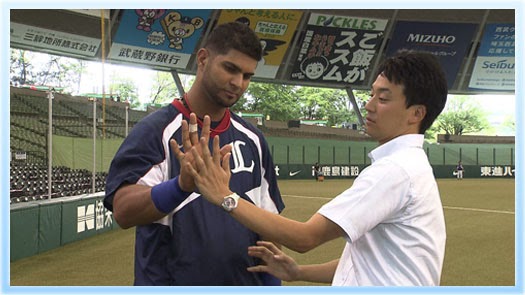 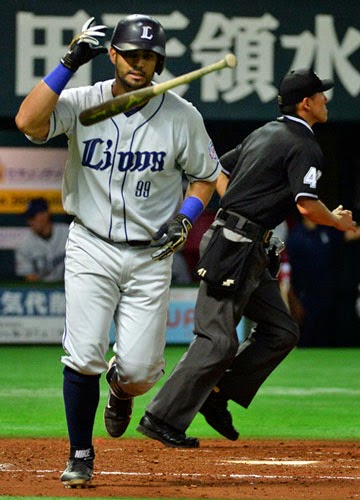 So there you have it, that's why I picked the Seibu Lions. Stay tuned for more commentary from myself and Christian Gin. If you'd ever like to see some Japanese Baseball, please let us know and we'll direct you toward some. Expect to see some great highlights and commentary from this blog.

Follow us on Twittter: @GraveyardBall
Posted by Wes Mills at 6:18 PM