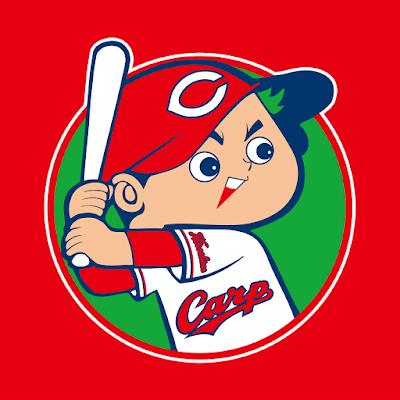 The Hiroshima (広島 will be seen on scoreboard updates) Toyo Carp were established in 1950, five years removed from the historic atomic bomb that rocked the city. While Carp is a generic term for a fish, it's name comes from the Hiroshima castle known as "Rijo."

With their castle mounted on water, there are essentially Carp surrounding it while the fish also represents a symbol of pride and peace for the area.

The Matsuda family is a descendant of the founder of the car company known as Mazda. With the family being majority owners over the car company, they have the city and prefecture title of "Hiroshima" in their name first. "Toyo" is the former name of Mazda, which originated in 1927 and had that name until its current title in 1984.  Mazda itself was also found in Hiroshima.

The Carp are historically known to be broke and not spending a significant amount of money. They were dead last (12th) in payroll for 2014. 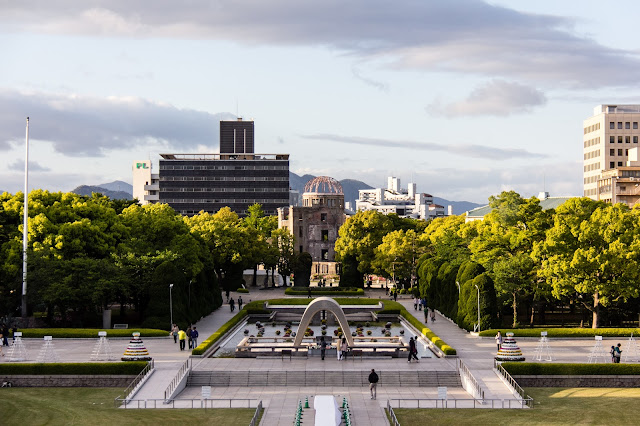 Hiroshima is on the south side of Honshu island (the biggest of the group in Japan). While historically it's remembered for what happened in 70 years ago, today, it is a city of peace and wants to promote it at all times. Hiroshima Peace Memorial Park (listed above) is a well-known park in the heart of the city which, for its name-sake, promotes peace. The country has not been at war ever since.

Their stadium is the newest in NPB with its first season in 2009. It's the only ballpark with asymmetric dimensions in the outfield as well as having the Ōendan sections elevated instead of being in a traditional bleacher spot. The visitor's section is away from the photo in left field (you can see it in the left side of the corner) while the Carp Ōendan is the box in right field.

Primary Uniforms: Currently made by both Descente and Mizuno.

The Carp are one of three Central League teams to have balloons during Lucky 7.


(Note: Notice how much standing up and sitting down they do with alternate seats. They're the only Ōendan who does this on a frequent basis. This fanbase travels extremely well for road games too).

Not only are the Carp similar to the Reds in uniform, but also on the field in terms of results. Both teams have not won a World Series or Japan Series in a very long time and both have been perennial losers in the last 30 years. Another close comparison is the Pittsburgh Pirates, who have had glory years, but not much recently until their first postseason appearance in 2013.

Expectations have been higher in recent years for Hiroshima, but there hasn't been much success. They have not won a pennant since 1991 and a Japan Series since 1984.

Notable Carp who played in MLB:

Yes, that is not a typo. Soriano started his baseball career in the Carp's academy before going to MLB. Kuroda and Lewis are listed twice for going both to and back from MLB and Japan.

Lewis, in particular, was a dominant strikeout leader during his two years in 2008-2009 and even continued that success with the Texas Rangers in 2010. He is the ultimate success story of being a better pitcher through Japanese coaches.

Kuroda returned to Japan by choice in 2015 even though he could have played another year or two in MLB. Recently, he signed a deal to return to the team for 2016.

Because they have arguably the best looking stadium in NPB for its modern look. Better yet, there's a Costco visible behind it from right-center field! The Carp have one of the most spirited Ōendans in NPB with their noise and they make their presence known at away parks, no matter their record. Their songs and sounds have a nice traditional noise as well.

Because they have primarily been losers and haven't found postseason success for a long time. With their last Japan Series championship being in 1984, it's the longest drought among all 12 NPB teams. There's even been reports their fans can be potentially psycho despite their passion for the game.

Other teams in the Series: