The Hokkaido Nippon-Ham (日本) Fighters have had multiple titles in their 60 years of existence. They were Tokyo Senators in their inaugural season in 1946, as well as having multiple "Flyers" titles from 1947-1973. These names include Tokyu, Kyuei, Toei, and Nittaku.

Nippon-Ham became the owners and 1974, where they became "Fighters" and it hasn't changed since. The Fighters name came from a "name the team" contest when Nippon-Ham took over and the reasoning originated from then-Flyers 1B Katsuo Osugi, who was a hard worker and had a "fighting spirit", making him a Fighter.

The Fighters played second fiddle to the Yomiuri Giants for years in Korakuen Stadium (with other stadium homes prior), but both teams moved to Tokyo Dome in 1988. The Fighters represented the Pacific League while the Kyojin were in charge the Central, being the main attraction. In 2004, the Fighters moved up North to Hokkaido and the region was added to the team's name.

The title translates into "Japan Ham" or "Japanese ham", but they are not "Ham Fighters" as silly as the name could be. Bob Costas has been known to poke fun at the team's name on television.  Nipponham is a food processing company well-known in Japan. Their primary product is a tiny ham sausage which has been marketed in Japan by colorful ads.  Nipponham makes more than just sausages, as their website shows they make cheese, seafood, frozen foods, freeze dried foods, fresh meat and more.

Language note: 日本 (Nippon) is the way to say "Japan" as a country in Japanese. It's pronounced "Knee-Pown" rather than rhyming with Ribbon or "Nippin". Scoreboard graphics will often have 日本 displayed as the abbreviated team name, similar to how MLB has OAK for Oakland or CWS for Chicago White Sox.  All abbreviated Kanji or Katakana team names are in parentheses in the first paragraph of this series.

The Fighters are known to be homegrown with their roster, but it wouldn't be surprising if this rank goes up with certain players getting a raise for 2016. They were one of the youngest teams in NPB with several players still under team control.

The Fighters are also the only team who have never participated in the Ikusei draft nor had an Ikusei roster. An explanation of Ikusei can be found here, where it's similar to an NFL practice squad. 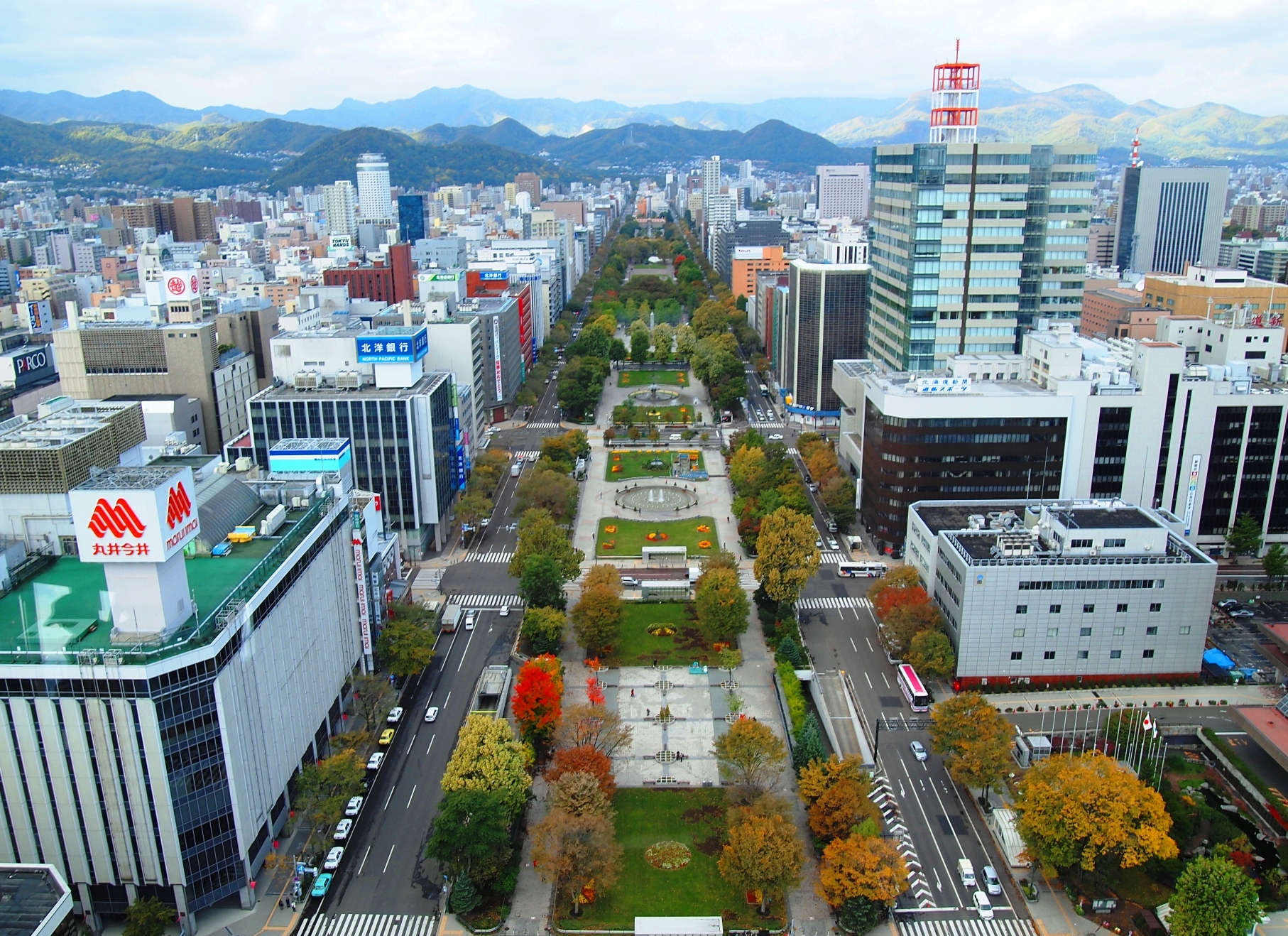 Hokkaido is the North Island of Japan. Sapporo Dome is located Sapporo, which is the capital of the prefecture and fifth largest city in the country. Yes, it's the same place where Sapporo Brewery was found, but Hokkaido is known for more than beer. Hokkaido is the getaway for cold weather with ski resorts in the winter time while there is an important amount of agriculture around the island. With the cold weather in the North, it would also translate into quality seafood including crab.

For those of you who've played Pokémon video games, the fourth generation (Diamond/Pearl/Platinum) of Sinnoh is based out of Hokkaido with snow and cold weather representing several cities. (First generation is based out of the Kanto region, which includes Tokyo and more). 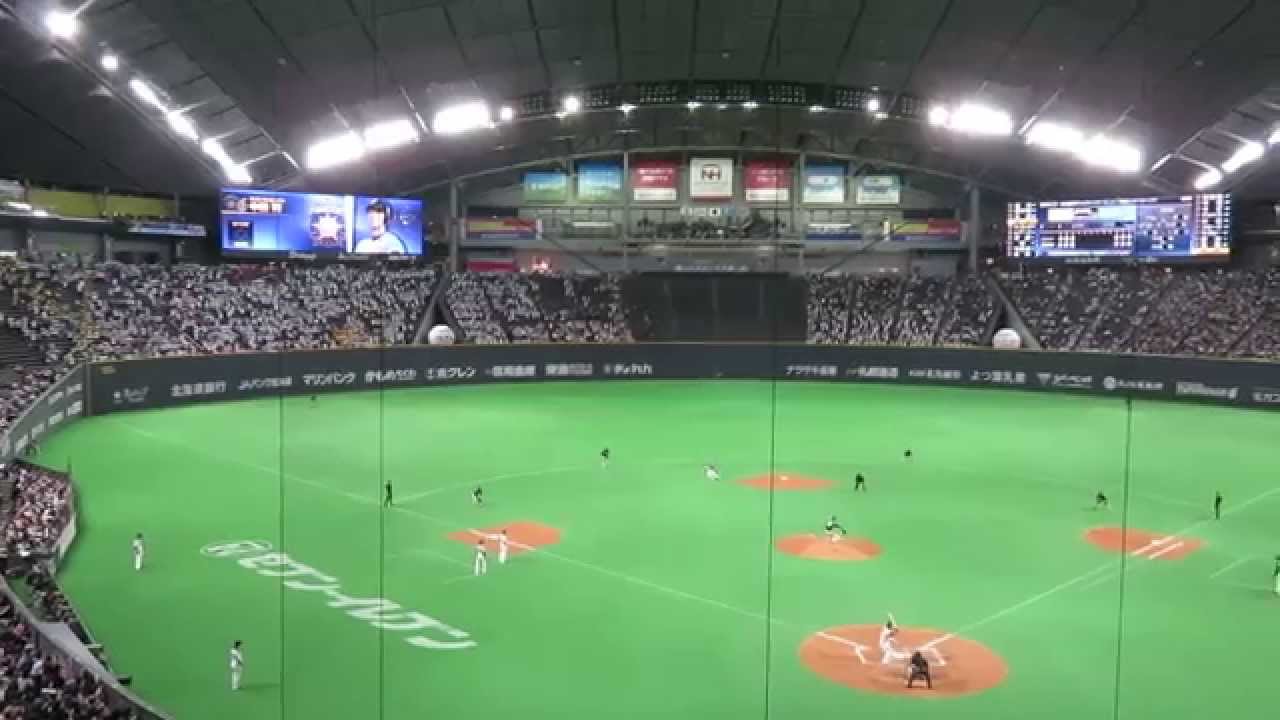 Sapporo Dome is a multi-purpose stadium, where it also hosts a Japanese soccer team (J-League). The stadium can slide out its fields, similar to how University of Phoenix Stadium can bring their grass in and out. (Those Centerfield seats are usually off limits and not sold to the public)

Every team in Japan will play home games at remote locations so fans who live in the area don't have to make a lengthy trip to see their team. The Fighters have four different locations they travel to within Hokkaido outside of Sapporo Dome.

They also play a handful of home games in Tokyo Dome, their former home stadium to satisfy fans in the Kanto region. (Last year, eight homes games were in Tokyo Dome). As a result, the Fighters presumably use their home stadium the fewest amount of times among Pacific League teams.

Primary Uniforms: Made by Mizuno 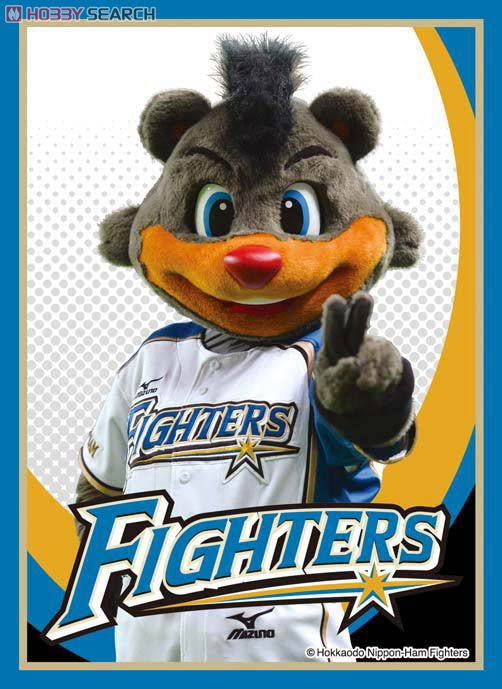 
This is the official "music video" of the song, but this is the exact version you'd heard if you were in Sapporo Dome. (Starts at 0:17 of the video)


There is also a version of this song when the Fighters play in Tokyo Dome.  We're going to assume this one below is what they played when the Fighters were in Kanto before 2004, but still use it today for home games in the nation's capital.
===

This comparison is more based on the present team more than history. The Fighters were also a losing team for many years as they were in the shadow of the Giants in Tokyo Dome before their move to Sapporo. With the move into Hokkaido, a completely different region, the team has its own identity rather than being in a huge market of Tokyo. It's similar to how the Royals are typically behind the St. Louis Cardinals in terms of fans (even though the 2015 World Series might have something to say about it).

The big draw that gave me this conclusion is how both teams are currently coached. Manager Hideki Kuriyama has the Fighters being a strong fundamental team with discipline on defense combined with speed. This team has the tools to be fast on the field and the base paths. They've been solid as slap stick hitting, reminding me of the Royals. Recently, they've picked up some pop, but they're not built for home runs the same way as stolen bases.

Coincidentally, Trey Hillman won the team's only Japan Series championship as Fighters in 2006 before taking a manager job with the Royals.

Former MiLB and MLB players who played for the Fighters:

Notable Fighters who played in MLB:

The Fighters sold Darvish to the Texas Rangers for $51 million, but couldn't make renovations to their home stadium with it (they don't own it). Sapporo Dome did acquire an extra scoreboard where things are visible from the left and right. However, the Fighters upgraded their dorm facilities in Kamagaya, which is their farm team location in Chiba Prefecture (East of Tokyo) and far from Sapporo. The main thing they spent their money on that they got for Darvish is the scoreboard at the ni-gun stadium.

Why you root for them: The North. Hokkaido is its own region and prefecture at the same time. Who doesn't love snow and the snowy type of weather? It's even a great area for when it's the summer to avoid those humid days in Tokyo.  Not only is their identity representing a region, but their uniforms are also unique being asymmetric, the only one out of primary tops in NPB.

You would also like fundamental baseball, because they have tremendous defense on the field and can be pests when batting. Best yet, their stadium looks like a spaceship on the outside. In the short term, they have the best MLB prospect in Japan with Shohei Otani, who has a great amount of upside.

Better yet, their philosophy when drafting is to take the best player available in terms of talent, no matter the cost. Otani scared many teams off with the perception that he was going to MLB, but the Fighters didn't care, as they were the only team to take the risk and go for him.

Why you don't root for them: Success isn't the same compared to other teams. They had a great run to the Japan Series for a handful of times, but only one championship from 1963-2015. Even when they're good, they've been known to take early exits in the postseason, as summed up in 2015 when they lost to the Chiba Lotte Marines.

If you don't like surprises, the Fighters aren't for you. Their front office being unpredictable is a double edge sword where they'll take gambles. An example is when they selected Tomoyuki Sugano with their first round selection because he was viewed as their best player, but he already declared he wanted to play for the Yomiuri Giants because his uncle Tatsunori Hara was the manager. The Fighters won the rights for him, but Sugano didn't sign and waited another year to be drafted by the Kyojin. Lastly, there are too many jokes of "Ham Fighters" when that isn't their full name.