Kimiyasu Kudo: The Journey To the Hall of Fame 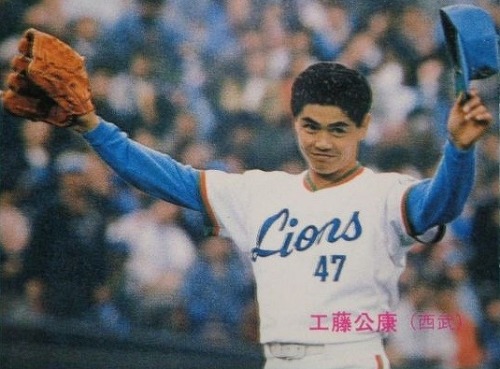 Kimiyasu Kudo is one of the greatest pitchers to ever put on a Seibu Lions jersey, if not the greatest. He will now be immortalized inside the Tokyo Dome at the Japanese Baseball Hall of Fame.

Kudo's story is one that you just can't leave out when you talk about the Lions and their golden age in the 1980s and early 90s. The team of Kudo, Kazuhiro Kiyohara, Koji Akiyama, Hiromichi Ishige, and co. were called "The New Breed" because of some of their non-Japanese antics. This in turn, makes the 1980s Lions quite similar to the Oakland A's teams of the early-70s who were known for their counter-culture facial hair among other things. The A's wore bright green and gold jerseys while the Lions went with clean white home jerseys and didn't wear the traditional gray that all the other teams wore. They instead went with an all-sky blue arrangement.

The Lions were the aggressive team that looked for every loophole in galvanizing all the overlooked talent in the country. They would hide players on their Prince Hotels amateur baseball team and when they became eligible for the draft, no team would select them. The Lions would capitalize by signing them as a result. Ishige was a product of this system, and in fact, Kudo was signed because his father got a job working with Prince Hotels.

The most interesting tidbit for stateside fans is that, in 1984, Kudo, along with many other Lions youngsters were sent to San Jose Municipal Stadium to play with the San Jose Bees of the California League in class-A ball. This was allowed because the San Jose Bees were one of the few minor league baseball teams at that time who where un-affiliated independent teams.

Kudo, current Lions manager, Norio Tanabe and fellow Hall of Famer Koji Akiyama were all players who spent time with the San Jose Bees. Tanabe played 140 games for the Bees in 1986 at the age of 20. Kudo dominated the California League out of the bullpen, striking out nearly 10 batters per nine innings. He returned to Japan during that season.

By 1985, Kudo had locked down a place in the Lions rotation. With his deceptive, twirling, three quarter delivery, he became a master of the slight of hand. Batters had trouble picking up his pitches because of the way he hid the ball. And in 1986, Kudo had a breakout season, starting 20 games for the Lions and edging a 3.22 ERA. With that tremendous Lions team, he'd be a big part in their winning of the 1986 Japan Series crown against the Hiroshima Carp and Kudo would take home Japan Series MVP honors.

In 1987, Kudo and the Lions did it again. They'd win another Japan Series title, and this one it would be the Yomiuri Giants who would take it on the chin. Kudo would pitch a complete game in the clincher.

That performance is found here:

In this video, you'll see Warren Cromartie, a former Expo who was one of the most successful foreign players in NPB history. With one out away from the title, Kiyohara is seen weeping on camera, because the Giants were the team he wanted to be drafted by. This was a big deal in Japan and was one of the moments that defined the "New Breed" Lions.

After that game, Kudo kissed his teammate Hiromiche Ishige and told him, "I rub you." and Ishige kissed him back and said, "I need you." this was chronicled in Robert Whiting's book, You Gotta Have Wa. Following the 1987 season, Kudo took home the Matsutaro Shoriki Award, an award given to someone who has greatly contributed to the development of baseball in Japan. He'd win it again in 2015 as a manager. 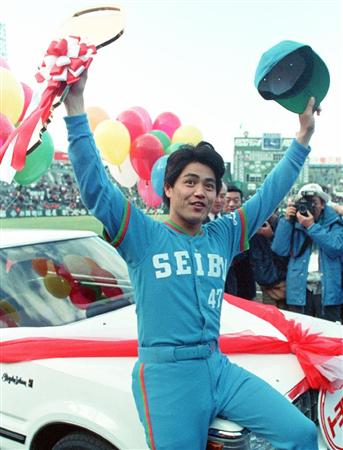 That moment sent Kudo into cult-hero status. His personality was just as large as his skill on the mound. He'd be apart of the Japan Series titles in 1988, 1990, 1991 and 1992 before leaving the team after the 1994 season. Kudo joined the Fukuoka Daiei Hawks and win a title with them in 1999, a year where he'd win the ERA title at the age of 36.

Kudo would show no signs of slowing down in his later years. He'd join the team that he tortured the most during his time with the Lions, which was the Yomiuri Giants. With Kyojin, he reinvented himself and would win two more Japan Series titles with them, even being named to the Japan Best IX in 2000 at the age of 37.

Deep into his 40s, he'd pitch with the Yokohama Baystars and injuries finally caught up to the ironman pitcher. Kudo would be forced to come out of the bullpen.

In 2010, he'd return to the team where it all started in the Saitama Seibu Lions. It was in that season that he set the record for the longest career in NPB history at 29 seasons. This would be his last season, due to more injuries and Kudo would retire at the age of 48 years old. 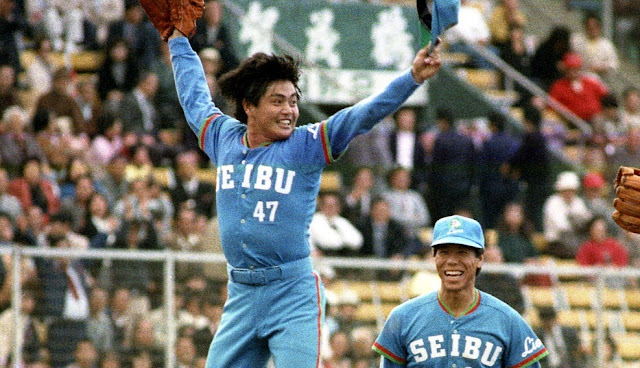 Longevity. That was Kimiyasu Kudo's career. He served as a TV analyst after he retired, before being hired as the manager of the SoftBank Hawks in 2015. His team would win it all in his first season in charge.

This year, he became a first ballot Hall of Famer, a tremendous honor for a tremendous pitcher and a Lions legend.

I found a video package that includes Kudo facing the recently deceased, Dave Henderson. Henderson would single off Kudo in a game where the Lions playing a group of MLB All-Stars.