The Chiba Lotte (ロッテ) Marines were originally called the Mainichi Orions in 1950 as one of the early Pacific League teams. After a merger with Daiei (and another team), they were Daimai Orions and later Tokyo Orions. Lotte eventually owned the team in 1969 and they were Lotte Orions from 1969-1991.

Their geographic location has varied from the ancient Korkuen Stadium in Tokyo to even spending years in present day Kobo Stadium up in Sendai from 1973-1977, which is the current home of the Tohoku Rakuten Golden Eagles. The last years as Lotte Orions were in Kawasaki Stadium, once home of the Taiyo Whales, which was in Kanagawa prefecture (near Yokohama). The Orions would become Marines and move to Chiba in 1992, keeping the present name Chiba Lotte Marines.

Lotte (pronounced like Rotte with a soft "r"), is a conglomerate that owns several things where it would be hard to list them all. They are one of the top confectionery companies of the world. It ranks No. 1 in South Korea and No. 3 in Japan. Their business goes beyond food, as they own shopping malls, movie theaters, hotels, amusement parks, housing, finance and more. 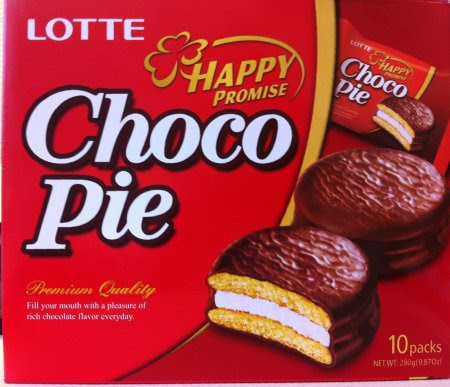 The most famous product that you can find in the States is Choco Pie. However, they make plenty of other desserts from ice cream to candy, to chewing come and more. Even the Lotte television ads feature the Marines. (Beware, it's different). Lotte also owns a KBO (Korean Baseball) team known as the Lotte Giants.

Chiba has been in the pack among NPB teams. It would not be surprising if this number went down with the team getting younger.

Chiba prefecture is East of Tokyo and it is home to Tokyo Disney Resort park in Japan. It's right on the coast and has plenty of agriculture away from the big city which can be seen as a country side. There are also multiple national parks in Chiba prefecture. 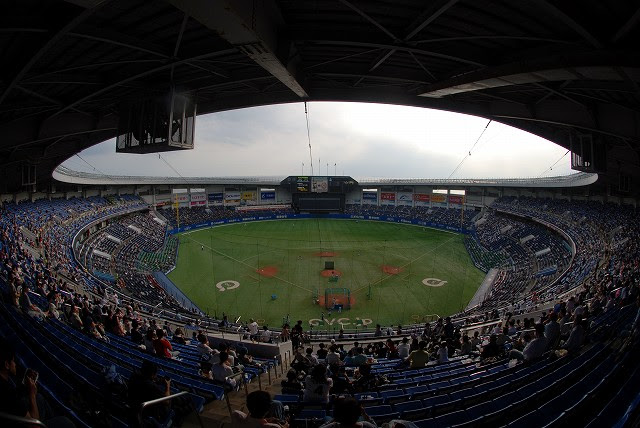 As seen from the photo above, QVC is right next to the ocean, meaning it will be cold at night. It's a pitcher's park with a cookie cutter appearance, with the stadium being round and covered. If there were no walls behind, it would even colder for fans who show up. It's one of two outdoor stadiums in the Pacific League.

Primary Uniforms: Made by Descente

Mascot: With the Marines being right on the coast, their mascot is a seagull named Mar-kun.


You might notice, these are some of the loudest fans in NPB. They do a tremendous job of clapping in unison if not the energy in jumping.

There are similarities that fit what Chiba has done on the field. In 2005 they won the Japan Series and broke a significant championship drought (1974 was the previous title). They would win again in 2010 as a third-place team, going all the way against all odds. With this information, it's easy to label them as San Francisco Giants of Japan. Maybe that would be the case if they were still in Candlestick Park.

However, that's an unfair comparison of fans, as they have a passion and show up in numbers on the road. We can also draw a Boston Red Sox comparison because they've won multiple titles after a long drought, but that too is wrong with the attention they don't get as a Pacific League team and it's nowhere close to the MLB team in Fenway Park.

Chiba's fans are as unique as it gets, because they don't always show up at home, as seen by yours truly on multiple week night games, but they show up on the road and make their presence known away from Chiba. You can make an argument they have the passion of Oakland A's fans and they take it with them away from their home stadium. They even honor the No. 26, which is retired for the fans as there are 25 players on an active game roster.

Notable MiLB and MLB Players who played for the Marines:

Notable Orions/Marines who played in MLB

Because they have some of the most passionate fans in baseball. They bring the noise on an every game basis, even if the home crowd isn't there in numbers, their Ōendan remains active. Who doesn't like clapping in unison and making your presence known in an away atmosphere?

The Marines have also been a competitive group since Bobby Valentine injected life into the team after a Japan Series victory in 2005. For a team with a middle of the road budget, they can still make noise in the postseason and their fans are as active as it gets. As earlier mentioned, they have won recent Japan Series championships in 2005 and 2010. Chiba knows how to make the most of their playoff appearances, advancing in the climax series in 2013 and 2015 as the No. 3 seed. With a lack of talent compared to other teams, they are a scrappy bunch.

You can also receive English writings of the Chiba Lotte Marines from WeLoveMarines. Steve, the main author is always active on Twitter @LoveLoveMarines.

The Marines play in a stadium that doesn't draw the largest crowds due to a poor location. It's freezing cold and on the edge (literally), making it an unattractive place to see a game, as it resembles a standard boring appearance.

Chiba has had their share of mediocre seasons over the years, which can be frustrating knowing the decisions for the front office become more difficult. They've been an inconsistent bunch, making them unpredictable with talent that is above average, but nothing as flashy compared to the rest of the league.