Note: This post was featured on the Blogathon at Baseball Continuum. 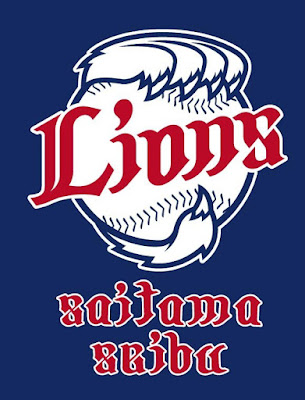 The Saitama (埼玉) Seibu (西武) Lions (ライオンズ) were originally in Fukuoka (Kyushu island) as the Nishitetsu Clippers in 1950 for one season. Nishitetsu is an electric railway in Fukuoka which still operates today. After a merger with another team, they became Nishitetsu Lions one year later in 1951.

There would be a Black Mist scandal involving players fixing games from 1969-1971, similar to the Black Sox scandal from 1919. Nishitetsu would sell the team and they would be Taiheiyo Club Lions from 1973-1976, which is named after a golf course and resort developer. They would then be sold to Crown Lighter Gas, to be called the Crown Lighter Lions from 1977-1978.

Eventually, they were sold to Seibu Group and they moved to Tokorozawa in 1979, a place they still hold today. Their title would be Seibu Lions until 2008, where they added the prefecture name "Saitama" to the front.

Seibu is a conglomerate which owns several businesses. The most well-known one is the Seibu Railway as it operates in greater Tokyo. The trains are one of the best ways to get to a game in Tokorozawa. Seibu also owns hotels, real estate, resorts and more.

Train stations in the area will often be decorated with Lions related colors. The name "Seibu" (西武) derives as an abbreviation from it's kanji title of west Musashi, which was the old title of where present day Saitama prefecture was located. 西 (Nishi) means West in Japanese.

The Lions are a team with a tight budget as they won't spend a lot. However, they will pay players who prove their worth and this ranking can go up with multiple pay raises happening. Usually they are in the "pack". 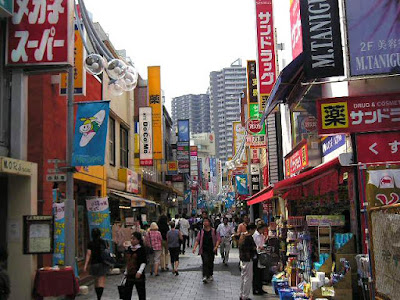 Tokorozawa is a suburb in greater Tokyo. It's quite a distance from the capital itself, but the Lions represent Saitama prefecture, which is in the North. Saitama prefecture is known for some mountains in their scenery, with plenty of room to go hiking. 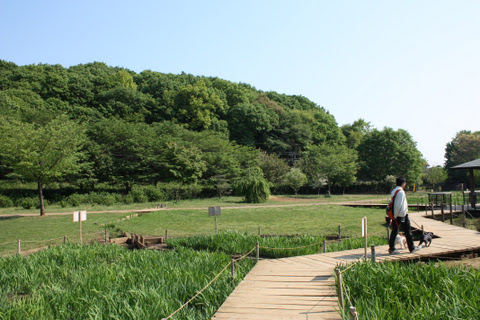 The most famous spot in the area, would be Hachikokuyama, which is a park right on the border of Saitama and Tokyo prefectures.  The park was used as an inspiration as the scenery for the movie My Neighbor Totoro.

Side note: I recommend everyone sees this short movie, which is nearly 30 years old now. 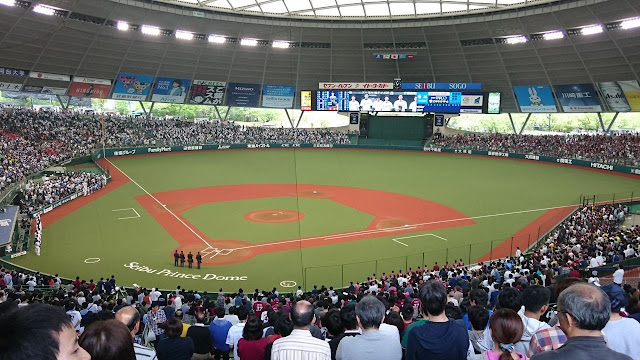 Seibu Dome was originally an outdoor stadium when the Lions moved there in 1979. It was then known as Seibu Stadium. While there is a roof, you can see that in the outfield and all around the building that it can be exposed to wind and hot temperatures with the open face.  The domed roof was added in 1998. Due to one player being sold, the place underwent renovations after 2007.

Leo is based off the character Kimba the White Lion in the Japanese Anime known as "Jungle Emperor Leo." The Lions used to have this as their main logo and still use it for flags (such as what's in centerfield near the country's flag. That flag is also seen during the NPB Draft.

Uniforms: The Lions have switched to Majestic for 2016.

Note: The Lions used to wear a bright blue design with the Kimba logo since their move to Tokorozawa. However, a scandal in the 00s by then-owner Yoshiaki Tsutsumi made them want to move on from it and rebranded to a dark blue design beginning in 2009.

The regular chance songs have similar tunes to "Cotton Eye Joe", "Do you know the Muffin man?", but notice how Chance #4 near the end has women and men singing separate lines. You can hear a cleaner version here. (Scoring song featured too)

The Lions are the only Oendan in Japan to wave flags as a group. They do this when scoring and well as during the [ソリャセ], which is almost like saying "We want more runs".

The scoring song title translates into "I saw a Lion running on the Horizon".  An up close version of the song can be heard in the video below starting at 2:41.  Here is a link to a full version of the song as sung by a person. Lastly, here's an instrumental version from a commemorative 1986 Nippon Series Champions box.

The Lions have found ways to be competitive with a low payroll more times than not. Since their move to Tokorozawa in 1979, the Lions have finished in the Bottom 3 of the Pacific League only three times.

Even when the Lions had their share of dominance during a "Golden Era" from 1984-1992, it is sometimes an afterthought with them being a Pacific League team. They were rebels, a lot like the Charlie Finley era Oakland A's coming up with new trends and styles.

Only difference is, the Lions have won a crucial elimination game multiple times in the 21st Century, including a Game 7 of the Japan Series. They've been competitive and avoided the cellar for the most part, which is good for a team that hasn't been a high spender in recent years. Playing in what is viewed as the "ugliest" stadium in NPB also draws this comparison to the Oakland A's, who play in the Oakland Coliseum.

Notable former MiLB and MLB players to play for the Lions:

Notable players who played in MLB:

Note: The Lions used a portion of the $51.1 million they acquired for Matsuzaka on renovations to the Seibu Dome. You can see the original look of the Dome prior to renovations here. Matsuzaka paid for restroom upgrades, an HD scoreboard, renovated field turf as well as adding bullpen box seats on the side.

Because you're used to being in a big market, but rooting for a team with less fans in numbers. The Lions are far from the city, which is a distant train ride away to get to the Seibu Dome. Yes, they're in greater Tokyo, but forgotten due to teams like the Yomiuri Giants controlling the market.

It could also be that you're an Oakland A's fan knowing what it's like to compete on a lower budget. The Lions have benefited from their ballpark and developed pitching over the years. Like the A's, they have a strong amount of success in their team's history with 13 Japan Series championships overall when combining their time in Fukuoka with the Seibu era.

The Lions had a "Golden Age" where they won 11 pennants from 1982-1994 and took eight Japan Series titles in that timeframe. This dynasty gets overlooked, similar to how the A's had a three-peat from 1972-1974, due to being in the Pacific League.

Here at Graveyard Baseball, we can provide exclusive coverage of the team and insight in English for anyone. At the time of this writing, we're the only blog to write about the Lions in the English language.

Like the A's, the Lions have had their share of disappointing postseason exits. They were a strong team in both 2012 and 2013, but lost in the opening round when they were favored. You also dislike ugly stadiums if not teams from a suburb away from the city.

Crowds are also half empty on week nights due to the proximity from the heart of Tokyo. The average person who works in the city would not be able to attend a game on a week night at first pitch as it takes 30+ minutes by train to arrive at the Seibu Dome. The problem is that the games start at 6:00 p.m. local time, so an average salary man wouldn't be able to see a game if he or she got off work after 7:00 p.m.