The Orix (オリックス) Buffaloes were the result of a merged team in the Orix BlueWave and Kintetsu Buffaloes. Both teams were in the Pacific League and this merger proposal led to a strike in 2004. There was debate on how the league would operate with only 11 teams, let alone how schedules could work.  Eventually, one expansion team was born as the only one in the 21st century thus far, better known as the Rakuten Golden Eagles.

The Orix BlueWave played in Kobe while the Kintetsu Buffaloes were in Osaka. Prior to being named the BlueWave in 1991, they were remembered as the Hankyu Braves from 1947-1988, while having the name "Orix Braves" for two seasons from 1989-1990.

Kintetsu (a railway transit corporation) owned the Buffaloes and they were initially called "Kintetsu Pearls" from 1949-1958. They briefly were "Buffalo" before the plural name came about in 1962. They were eventually sold to Orix and the teams were merged into one.

Language note: Orix in Japanese is pronounced "Oreeex" except the "r" does not have heavy emphasis. With an accent, you would say "Odekes".  However, an English Orix is acceptable.

Orix signed a high number of free agents entering 2015, but this ranking should go down for 2016. Several players got raises, but they also parted ways with others.

Osaka is a huge market, but Orix is not the main team of the area. They're one of two teams in the Kansai region, which is the second highest in population behind Kanto (better known as greater Tokyo). While Tokyo might be the center of attention for the average American, Osaka has its own identity.

For those who've played Pokémon, Generation II (Gold/Silver/Crystal) or the "Johto" region is based off of Kansai. There is even a connection to the first generation in the game, where a train can be taken from Johto to Kanto, indirectly representing Osaka and Tokyo. Despite playing in a highly populated area, they are overshadowed by their Central League counterparts in the Hanshin Tigers.

The Kyocera Dome is the primary stadium of the two Orix uses. Because the Buffaloes are a merged team, they have two stadiums as a result. The Kintetsu Buffaloes were the original occupants of the Kyocera Dome. 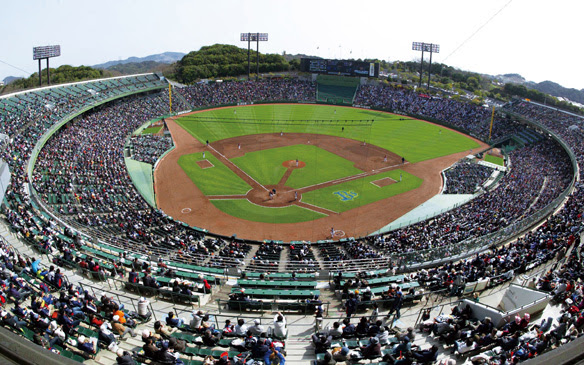 The alternate stadium known by its sponsor as Hotto Motto (Kobe Sports Park Baseball Stadium) was initially home to the Orix BlueWave. It's one of only a handful to have a grass surface. They play 15 home games in Kobe, but it's seldom used of the two due to the remote location. Hotto Motto also served as a temporary home for the Rakuten Golden Eagles after the 2011 Tsunami Earthquake.

Uniforms: Made by Descente. 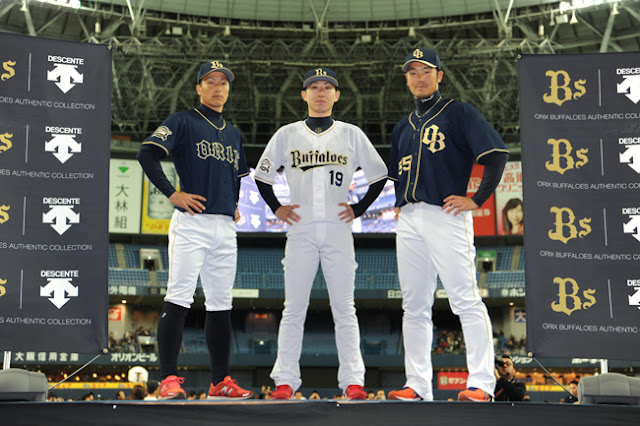 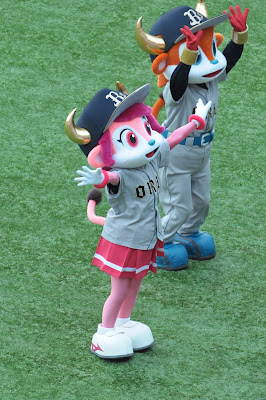 Orix is in a big city representing a large region, but they're mostly forgotten. Like the White Sox for Chicago, most people think of the Kansai region's team as someone else. Orix has had some minor success, but not much since being a merged team.

This comparison can't be exact with the White Sox winning a World Series in 2005, but Orix has the feel of an anonymous team due to the Hanshin Tigers. There is no intense rivalry among the two in Kansai compared to how it is with Chicago, but the lack of presence in Kyocera Dome can be seen, like the White Sox with U.S. Cellular Field.

As Kintetsu Buffaloes: Charlie Manuel (as a player), Tuffy Rhodes (Also played as an Orix Buffalo)

Notable players who played in MLB: 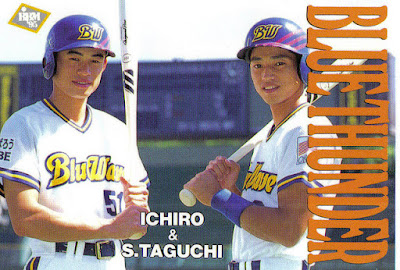 As BlueWave: Ichiro Suzuki, So Taguchi

Because they're forgotten and you like teams that are underdogs. In the short term, Orix has a very good pitching staff and won a rare blockbuster trade in 2013. If you like the region of Kansai more than being into the biggest market of Tokyo, it would also be a nice change of pace with Osaka. There's plenty of things to do in an area that rivals Kanto.

Orix has a forgotten dynasty of three consecutive Japan Series Championships from 1975-1977. One thing that has its own identity, is their Ōendan songs. There's a certain vibe they have and the spirit is there for those who show up. It's a catchy tune and they even flash their spirit towels on one chance song.

They also do an impressive job at marketing their cheerleader team compared to others in NPB. Orix calls themselves the Bs for short, but the Bs Girls makes their presence known at games and for game broadcasts.

You can also get coverage of the team via @BuffaloesEN.

Because they haven't won much, with zero championships since being Orix Buffaloes. The last championship came in 1996, when Ichiro Suzuki and So Taguchi were on the BlueWave.

Since becoming a merged team, the Buffaloes have two postseason appearances in 2008 and 2014, both of which they came in second place and were bounced in the first round of a three-game series. Orix has not been a contender for some time and when they were expected to do well in 2015, they fell flat on their faces to start the year, forcing their manager to step down.

The Kyocera Dome can also be an empty place. It looks big on the inside, but there is a huge separation from fans and Ōendans of the opposing team will take over the building more times than not.